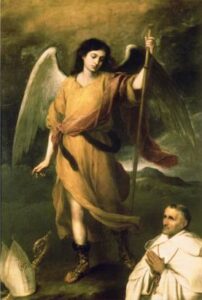 One of the choices authors make as they write their books, is whether or not to write the story in its proper order. Some write back to front. Some write the scenes as they come to them, some the character scenes, the clue scenes, the action scenes, all in a bunch. Me? I’m a firm proponent of writing the book in the order the story takes. I can’t do it any other way, for several reasons.

First of all, I’m a lazy writer. If I wrote scenes as they came to me, I’d never write the tough stuff. It is a sad truth that it often takes only hours to write a chapter-long action scene. And then, the next page, which simply moves us from one scene to another, takes a week.
The other reason is because it’s impossible to write a scene toward the end of the book first, for the simple reason that I don’t know who these people are yet. How do I know what they’re going to do?
As most people who know me realize, I am massively right brain dominant. It means I have a much easier time seeing the whole picture than I do the details. I can see my story in my head like a jigsaw puzzle I just have to assemble. What I don’t see as well are individual pieces. It doesn’t matter if I do storyboarding or astrology or character outlines. I can think I know everything about a character, but the characters don’t really come alive for me until they act. Not only that, many times, the secondary characters show up completely without my permission.
For instance, in the book I’m working on now, EVER THE TEMPTRESS, the third in my Drake’s Rakes series, I realized that the hero, Harry Lidge, has a batman. It certainly makes sense. Harry is a Major in the 95th Riflemen, who has just survived Waterloo. It’s a great supporting character who can reveal all kinds of things about the hero and the backstory, and often provide comic relief.
So, who is the batman?
Beats me.
Oh, I figured I knew. But when I introduced him, it wasn’t the hard, wiry, little Scotsman I’d intended. Instead, the introduction line went something like this; “(Harry) looked up to see his batman there before him, already throwing open windows to let in the air. The moonlight spilled in over the young man’s features. Once when Harry was on the continent he’d seen a painting of angels by Raphael. If he didn’t know better, he’d swear that one now stood by his desk; young, beautiful, with curly brown hair and big, liquid brown eyes that looked as innocent as a child’s. Definitely too beautiful to be thrown into a troop of riflemen without protection.”
Even worse, I realized that this angel’s name was Mudge. Not exactly the moniker for one of the heavenly horde. So, what the heck did that mean? Where did he come from? Well, I have no idea. But I’ve spent so long doing this job, that I know that the best thing I can do is trust my muse. Somehow Mudge had been materializing in the sludge of my right brain, like the Urukai in Lord of the Rings (although much prettier). I know that he belongs there. I just have to figure out how. And why.
And that’s just one character.