In Praise of Staying Off the Beaten Track 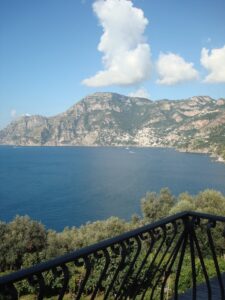 When you travel to a new place, it’s inevitable you’re going to cross paths with every other tourist in the country, at least once or twice. We did it in the Vatican yesterday, and Amalfi two days before that. The cool places have already been found, and they’ve been found by the companies with the big buses. So when you enjoy the transcendent glory of the Sistine Chapel, you do it with 1500 of your closest friends.

The secret, though, is that you don’t have to stay with them. What I’ve found before, and has really been brought home to me on this trip is that it’s much more fun to stay where the busses don’t stop. For instance, we began the trip in the little town of Matera in the south of Italy. Most Americans have not heard of it. Italians are just beginning to. There are tours there, now, as opposed to the first time I went, but it’s still a meandering, contemplative kind of town where the big entertainment is dressing up in the evening and strolling the piazzas with your friends. A perfect introduction to Italy.
From there we headed for the Amalfi Coast. Now it shouldn’t be surprising that there are crowds there. The Amalfi Coast is celebrated in movie and song for its legendary beauty. And I can’t argue. There is nothing quite so romantic as sitting beneath the bougainvillea watching the sun set behind the isle of Capri. But here’s the hint. Don’t do it from a hotel in Amalfi itself. Or even Positano, lovely as it is. Both are overrun with every manner of tourist, which means that all the shops sell tourist kitsch, and all of the kitsch is expensive. Not only that, on the trip you took to learn about Italy, mostly you see Americans or Japanese. The streets are a nightmare, with locals trying to squeeze their cars past the hordes who descend on the town every day, and the restaurants are the most unpleasant I’ve ever been at. As for Positano, it’s much lovelier. It’s also MUCH more expensive.
Our compromise was Praiano, right between the two. Smaller, friendlier, more family-oriented, so that the people who own the restaurants serve you and visit out of interest rather than obligation. The rooms are WAY cheaper. The room we had at the small Hotel LeSirene, was large, airy, and came with a balcony overlooking the sea and Positano. For 90 euro a night. Come on. A Holidy Inn in Topeka is more expensive.
The best part is that there is a bus that runs about every 20 minutes that will take you anywhere you want to go on the coast, is painless (although often very crowded) and fool proof. So my sister and I hopped on the bus at 10AM, spent the afternoon in Amalfi, where the shops stayed open throughout lunch (one drawback to smaller places, if that bothers you. They do respect siesta, and close everything from 1:30-4:00.), had a drink, then climbed on the bus for home. We didn’t have to try to drive that coast ourselves; we could get off and on where we wanted (like the big Ceramic Warehouse halfway home) and we could get a ticket at any cigarette shop (can’t miss them. They all have a sign with a big red T on them)
We did the same in Rome, resting our heads in the Vatican Vista two blocks from the Pope, where we had a view, a bit more quiet (it’s never really quiet in Rome, except Sunday morning) and a landlady who not only gave great directions, but better private tours. Much less expensive than the center of town, easier to navigate, and less stressful. And now, instead of fighting our way through every other tourist in Florence, we’re taking a train to Siena, where we’ll unpack our bags, pull out our wine and wander out onto the patio of the Albergo Bernini to enjoy one of the most spectacular views in Tuscany. After all, Florence is just down the road.