My Mother Wouldn’t Approve Part I 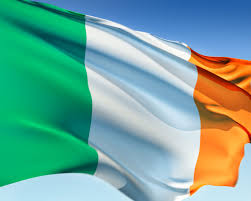 If you sit with me for more than ten minutes, you’ll figure out that my background is unapologetically Irish. My great-grandfather was a member of the Flying Brigades of the IRA in the 1870’s and, according to the family, escaped Ireland one step ahead of the law for blowing up a statue of King George in Dublin Square (and we’re damn proud of him). According to my Irish cousins, at least the part about his escaping the law because of his Republican activities (that’s Irish republicanism, which is a far cry from American republicanism) is absolutely true. So I inherited strong beliefs about Irish history and culture, and the role of the perfidious (my mother’s word) British in it all. 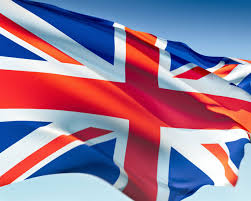 Considering the fact that because of careful tutoring by my parents I was raised without the traditional prejudices you’d find in St. Louis, which was, really a southern city, I always saw that British bias in the light of a great lesson in the growth and development of bigotry. I never really thought the average British citizen cut down all the Irish forests or starved the Irish peasants or really wanted them to die in the potato famine, but I do admit that even now I have to watch myself, especially when the British royal family is involved, or people talk history, be it Cromwell or the Potato Famine or Bloody Sunday in Northern Ireland. My instinctive reaction is to carry on the fight.
So why, my critique partner Karyn asked me, have I started writing Regency romance? With British aristocrats as heroes? Actually, I’ve thought about that a lot (while assuring the ghost of my mother that I’m not actually a turncoat). Someone first suggested I write an Irish historical. I can’t do that. I know too much Irish history for it to ever be romantic. First of all, if the hero had money at all, he wasn’t really (according to my family definition) Irish, but Anglo-Irish (you should have been in on the discussions with my mom about the difference between green and orange Irish. I couldn’t even drink Bushmill’s whiskey because it was…orange). And if the character was Anglo-Irish, he would have come to power in Ireland by having the lands of real Irishmen handed to his ancestors by British sovereigns.
So if I wrote what my mom would label a true Irish hero, he’d have to be a rebel, and we know how well that always turned out. If he was lucky, he would end up emigrating to American or Australia. And as a girl who considers her greatest dream to have land back in Ireland, emigration is not what I call a happy ending.
Okay, then, why not Scotland? They were also fairly often at odds with the British. They also always lost. Or got thrown off their land. Or starved. Same outcome. The lucky ones emigrated.
It’s awful sometimes to know too much. I couldn’t even watch Dances With Wolves. You know the end, where they escape up into the mountains? My reaction was, “Yeah, for what, six months? If they don’t starve, the army’ll still kill them.” Really puts a crimp in the romance.
But the English, my mother would say? Well, yes. You see, if we’re talking fantasy, (the same fantasy that has populated a mostly blond-blue-eyed British population with more black-haired-blue-eyed dukes than brown horses), then I can write good English aristocrats. Kind, thoughtful, in favor of Irish Emancipation. I can believe that they wouldn’t ignore someone just because his accent had a hint of the brogue. I’m afraid he can’t have lands in Ireland, because if he did, and he spent the majority of the book in England, that would make him an absentee landlord, which any Irishman could tell you was one of the roots of all the problems…..oops. There I go again.
But we’re talking fantasy. The fantasy man. The fantasy relationship. The fantasy that a woman could meet the man who respected her for who she was (and be honest; there were as many aristocrats who achieved that fantasy as the one about being disgustingly rich and creating a utopia for everyone in the Irish countryside). The fantasy that this man and woman would not only want to have children, but that they’d be able to support them, so that nobody starved or wanted or ended up in a rookery doing needlework by candlelight to feed her starving children. And if you want a period of time when, even for the wars and the impending Industrial Revolution, society was solid, settled and prosperous (at least in a fantasy way), it was Regency England.
Yes, it does get in the way if you know too much history. It helps though, if you can find a place to pretend. Happily Regency England is that place for me (with apologies to my mother).