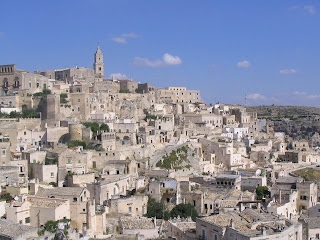 Yes, I have the wonderlust. But so do a lot of people I know. People I’ve heard all my life say,”You know, someday I’m going to go.” To Ireland, to Italy, to Branson. Someday, when the responsibilities are gone. When the money is just right. When the portents are good and the winds in the right direction. Some day.

I’ve been lucky. I actually got to live out a big dream. I was a nurse. A good one, mind. But an unhappy one, because I needed some kind of creative outlet, and I’d told myself that I’d do that ‘later.’ It was my husband who refused to let me wait. My friend Katie who gave me a direction. Katie and I worked trauma together, and would spend hours on the parking lot after work saying, “There has to be something better than this.” She was the one who suggested I try writing. It gave me courage. It made me realize that it was okay if I did something for myself.

At the same time, as a nurse I kept seeing a pattern repeating itself. I kept taking care of people who told me of all the things they had meant to do and never would. The trips and creations and small, personal pleasures they had deferred until they were ready, until everything else had been taken care of, until they retired. Only they died first.

The lesson came home when I was thirty-one. I’d just had my second child. One of our dear friends who was attached to the Vatican had been begging for us to come see him. “Come over to Rome,” he kept begging. “I can get you in the back door of the Vatican. You can see things normal mortals don’t.”

“Some day,” I said. “Right now I have work and children and mortgages. Some day.”

Before some day could happen, my friend died. At the age of 33, he drowned, and I lost the chance to spend time with him, to see the miracles of Vatican City at his side. It’s a chance that will never come back.

It might not have changed my life if I hadn’t just seen my mother die still holding the brochure in her hand for a trip to Ireland. Her first trip. The trip she’d dreamed of her whole life, that she’d saved for, waited for. The trip she would take some day, when everything else was taken care of. The trip she never made.

It finally dawned on me that things weren’t ever going to be completely taken care of. That the people I saw wait for that perfect moment almost always waited too long, whether it that moment was something big or something small. As small as spending a day alone, or reading one book, or learning to dance.

So within eight months of the day my friend died, I booked my first trip to Ireland. I remember circling for landing, and the mist cleared to show those legendary green fields. As I looked down, I realized I was crying. Not just because I was there, because my mother wasn’t, nor her father, who had dreamed just as hard.

Now, I knew, it would never happen to me.

I won’t do everything I want to. But I’ll definitely do some of them. I can’t afford to wait. Too late happens too fast.