The Lure of Research Part II 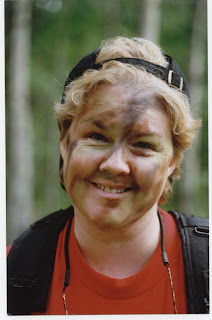 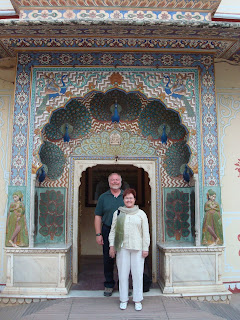 This being the part of the discussion where I admit to my slow descent to the dark side.

I was falling in love with research. I was beginning to change my relationship with it. Along about my fourth suspense, I found myself learning something in a forensic course about arson and thinking that I had to figure a way to put it in a book that until that moment had no arson in it (I burned down a house in BRAIN DEAD). Then, one day, I was at a Forensic Nursing conference, and I heard a guy talk about how he’d just taken the training to be a SWAT medic. And I heard myself say–out loud–“I have to write a book so I can do that.” WITH A VENGEANCE was born. So instead of research serving the project, the project served the research.

Hello. My name is Eileen, and I research. And I’ve officially gone to the dark side. I’ve gone back to researching history. No. Not World War II. Not yet. (It’s still a great book). I’m writing a trilogy that opens at the Battle of Waterloo. I not only know every regiment that served in the battle, I know what Waterloo teeth are and what happened in the barn of the Château Hougoumont.

The good news is that I’ve learned a few lessons. I haven’t actually gone back to the beginning of the Hanover reign to find out why England was the way it was in 1815. I haven’t even read a biography of Napoleon. But I do know who was at the Duchess of Richmond’s ball and what kind of conveyances were seen in Hyde Park.

Okay, I did read a biography of Princess Charlotte, who would have inherited the British throne if she’d lived. But that’s because she plays a role in the nefarious plot my heroes and heroines have to uncover. In their best sarcenets and superfines. And I went to India to learn how my heroine Grace Fairchild was raised and her good friend Harry Lidge came to be an adult. ( Well. I went to India. Why not find those things out while I was there?) I have several blogs on that trip that will explain everything. And this spring, I went back to England and Ireland to further research these books.

Okay. England. I only went to Ireland because I could. And because I write romance there better than anywhere else in the world. But England was an orgy of walking, talking, handling and writing, as I searched all the sites my characters would inhabit, from St. James to Bourton-on-the-Water. Suddenly my characters had not only names, they had references for their lives, from the elaborate barrel vaulting of the Burlington Arcade, to the longest village green in England at Frampton-on-Severn. My characters had not just names and backgrounds, but set decoration, and if you don’t think that’s important, I suggest you take Hogwarts out of Harry Potter and see how well you can visualize his world.

So for all those of you who cringe at the idea of research, come sit by me, and I will tell you that once you have surrendered to it, you will find your life enriched immeasurably (especially if you watch Jeopardy or Who Wants to Be a Millionaire?). Fall in love with it. Use it (please. I beg you). And let it take you places you never thought to go. Just remember. Not everyone at a cocktail party wants to know the history of the Tudors (but if you do, see me in the corner).

2 thoughts on “The Lure of Research Part II”