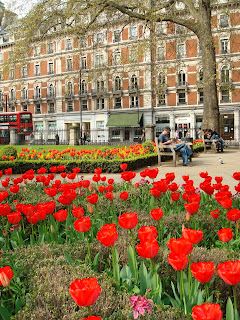 Whenever somebody I know gets married, I give them the same advice. “If you don’t enjoy yourselves, you’re missing the point of the day. But remember. No matter how well you plan, something will go wrong. Plan on it. And when it happens, laugh. It will end up being a great story.” I have the same advice for traveling.

Anyone who knows me knows that I’m about as organized as a soccer riot. But the one thing I organize to within an inch of its life is my traveling. I actually do color-coded spread sheets(when my brother the CPA saw that, he was speechless for a full five minutes). In fact, the trip I’m on now was so organized. I had spreadsheets. I had notes. I have a GPS, and plans to circumvent any problems.

I was going to get a SIM card for my phone so I didn’t have to pay exorbitent US rates in England. I put Skype on my computer so that when I was in range of wi-fi I could call even more cheaply. I was going to blog almost every day.

Well, I have a feeling you’ll be getting this late. I’m heading into my third day in London, and so far, a)the SIM card doesn’t work, b)the Brits aren’t nearly as wi-fi mad as we, so don’t think it necessary to put it in every coffee shop in the city. Starbucks does have it, but you pay, and so far it’s only let me online once for about half an hour(did I tell you computers hate me?) So much for Skype and blogging and Facebook.

Not that I’m not having a productive visit. I am. I spent today walking Mayfair and taking pictures(which did call me to the attention of the Metropolitan police who were standing guard at the Saudi Arabian Embassy, which was once a great Georgian house set back from Curzon Street(and which belonged to some Captain of the Guards, although I can’t find out who, because I still can’t get on the internet). I ate at a very cute bistro in Shepherd’s market at the edge of Mayfair(and how a shepherd’s market got to be anywhere near Mayfair, I’d like to find out….right after I learn about that house on Curzon), put faces to all the places I’d heard about, including Berry Brothers, Lock Hats and Purdey gunsmiths.

But for now, I can’t share that with anybody. All I can do is write it down for the time in what feels like the distant future when I’ll be able to post it.
It’ll make a great story some day.