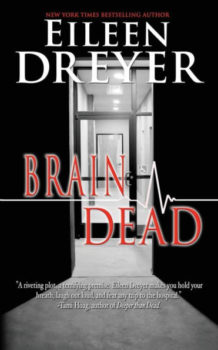 When forensic nurse Timmie Leary-Parker moves from LA to Puckett, Missouri to care for her ailing father, she’s prepared for the slow pace, the small-town politics and the feeling that everyone knows her business.

Then, patients in the hospital’s Alzheimer’s Unit start dying in unprecedented numbers.

Everyone refuses to investigate the town’s most lucrative business, and no one will challenge the hospital’s Golden Boy director.

No one, except Timmie.

Convinced a serial killer walks the Alzheimer’s Unit where her father lies ill, Timmie digs up a burned-out Pulitzer-winning reporter and dives into a quagmire of corruption and greed.

Originally published June 1998 in mass market paperback by HarperTorch and September 2012 in eBook by ePublishing Works!.

The angel of death came at dawn. It wasn’t the usual time for the angel to make its appearance; the old man knew that. He was familiar with the breed. He’d seen them hover in the fetid midnight of a jungle, heard their sly rustle at 3 a.m. in the alleys that crooked away from taxi stands like spider legs in the cold night air. He’d fought off a few and given one or two a knowing nod. He’d danced one step ahead of them for some seventy-eight years, and he wasn’t in the mood to let this one catch up with him now.

It was too clean here, too impersonal. The old man wanted to meet this angel on his feet, head up, eyes wide open, in the kind of place he’d always fought his fights. He wanted the chance to beat it back just one more time before giving in to the inevitable.

Go gentle, my ass, he thought, curling his bent, broken fingers into fists beyond the wrist straps that made him impotent and old.

“My name is Butch Cleveland,” he rasped with a voice ruined by beer, cigarettes, and parade grounds. “United States Marine Corps. Serial number 3124456. And that’s all you’re getting from me, you son of a bitch.”

“I’m sorry,” the angel said, bending over him.

It shouldn’t be at dawn, Butch thought, squirming to get away when there was, ultimately, no place to go.
Not when the sun finally showed up. Death belongs in the night, deep in the dark hours of dreams and terrors, when sappers break the fences and two-dollar fares carry automatics. The dawn brings redemption. The sun means promise. Hope. Another night overcome.

“Not now,” was all he could say, trembling.

“Shift’s over,” the angel told him.

He was crying now, ashamed of the tears and the trembling and his own terror. “I’m not going.”

“Nothing you can do.”

But there was. He fought the angel. He fought the pain. And, when it came to it, he fought the drug that had been injected into his IV for ten hours, more than anyone but a bull sergeant who had survived Tarawa and North Market could have withstood.

The angel of death walked back out of Butch Cleveland’s room as the sun topped the low hills outside. Butch Cleveland, the angel knew, would now be obliging and die. Nobody could withstand that much Digoxin. Not even Butch. And when Butch did die, nobody would notice, because Butch was old and senile and sick.

The angel carefully recapped the used syringe and pushed the evidence into a bright-red contaminated supply box. Then, ever on the alert for the whisper of nursing shoes along the quiet hallway, the angel slipped back into the doorway of Butch’s room to make certain of the results.

The angel believed in work well done, and Butch’s death would be that. Just like the others. Just like the ones to come. After all this time, the angel knew how to do the job.

Ah, there it was. A gurgle. A gasp. A heartbeat of silence in the sterile, white-walled room. Smiling with quiet anticipation, the angel stepped from the shadows in order to see Butch Cleveland’s eyes flutter to emptiness.
Butch Cleveland’s eyes were wide open. His face was brick-red, his arms shaking against the restraints. The acrid stench of loosened bowels already permeated the air. Butch caught sight of the angel, haloed by the rising sun, and spat all the way across the room in a final act of defiance.

But no one in this place noticed an old man’s scream. Butch Cleveland thrashed and choked in a dying seizure that lasted ten full minutes, and no one came. Only the angel, who watched with avid attention until the old man twitched into final, wide-eyed silence. Then, sighing with perfect satisfaction, the angel walked out to deal with the rest of the day.

“Dreyer writes with great wit and sensitivity, especially about the problems of loving and coping with older relatives, and the complications of returning to life in the small town where you grew up.” The Times-Picayune

“Riveting plot, terrifying premise. Eileen Dreyer makes you hold your breath and makes your fear any trip to the hospital” Tami Hoag, NYT Bestselling Author of DOWN THE DARKEST ROAD

“Eileen Dreyer knocks readers off their feet with the wit and dark humor of her outstanding hardcover debut. You won’t forget the power, pain and moral ambiguity of this incredible novel.” 4 ½ STAR Review from RT

“If BRAIN DEAD were a ride at Six Flags, its dust jacket would bear a warning sign: “You Must Be 66 Inches Tall To Enter.” The reason: This book climbs and spins and wheels and drops rockets along, and when it’s all over, readers are likely to feel dizzy for a spell.” St. Louis Post Dispatch